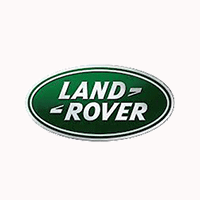 Land Rover in the early 2000s was living by the mission of “21s Century Land Rover”. About to launch a whole new line of products that were as much Park Avenue as they were the Outback. Incredible capability matched with more civilized and modern design. A new model was to be launched every year for four straight years. But something happened to make anything but a cake-walk. In the middle of this brand renaissance ‘The Great Recession’ hit, gas prices were rising at unprecedented levels and demand for SUV’s were beginning to decline. We had helped create a platform that insulated Land Rover and made it in demand even when the category was no longer so hot. The idea embraced looked to make Land Rover and its Range Rover line not just SUV’s but premium luxury vehicles that were the most capable vehicles on the planet for a special type of person.

How we help them be prepared: We had to be clear that we were selling Land Rovers not SUVs and that normal, mainly rational purchase attitudes were too garden variety for a brand that had no peers. We knew that Land Rovers were global vehicles and that they attracted people who had a sense of adventure in their souls, adventure in the fullest sense – travel, education, foods, etc. But this was no more pith helmets and pyramids adventures, this was more a global life adventure. They were not just regular people they were extraordinary in how they lived their life, and the vehicles were designed to meet this aspiration (and they aspired to the brand), this curiosity, this passion. So, we helped Land Rover with a global positioning that placed this brand not as a competitor but as the bar to achieve. These were truly extraordinary vehicles designed for extraordinary people living extraordinary lives.

Land Rover: Designed for the Extraordinary