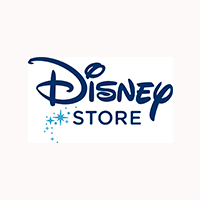 Disney was a giant entertainment company with many divisions. Any yet consumer saw Disney as one monolithic entity. From Parks to cruises to movies to retail stores that products and characters had a tremendous consistency, but there was no real recognition given to a consumer that partook of all these products.

How we help them be prepared: We started with creating a strategy for how a recognition program could work for Disney. There could be no currency or points, it had to use experiences as the value. Once the strategy was created we could then implement in the stores which was the largest foot traffic of all Disney divisions. Then from there we would extend the program across all consumer products and services. The program would be built with a magical theme and rewards would be granted but never stored. It would have a value that was not measurable but extremely valuable. It would be secrets. As we knew real Disney fans coveted these secrets and knowing them counted more than dollars. This way no division had to pay each other and not complex system of points management was needed it was pure magic.

Tell me more about the SCE Case study
Toggle the Widgetbar