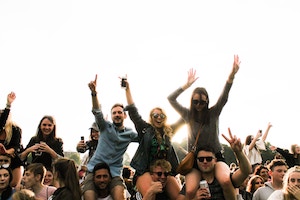 For years the Ted Levitt idea of “if you’re not thinking segments, you are not thinking” held true. And what still rings true is that there is no one single majority of the population. However recent evidence, including election results on both sides of the Atlantic, point to the solidifying of a societal change. And perhaps an opportunity to reappraise how we as marketers see people and how we connect with them. It may not align with idealized utopian views of society, but it closer to reality.

The Rise Of The Group

What is the big thing? The evolution and unofficial arrival of the ‘group’; people brought together by feelings and beliefs, often correlated with geogra­phy or demography, but GROUPS. People TO­GETHER because of some very important issue or issues to them. This is very different from what we have come to believe (as well as overused) in marketing to the ‘segment’; people as parts or pieces of one whole unit. People SEPARATED by any number of issues. There is a big difference, individuals coming together vs. whole populations separated out. It doesn’t mean implied confron­tation, but it means accepting that the differences may be dark grey, if not black and white.

What Does This Mean For How We See People?

It is time to accept that many modern societies are not one whole but rather groups living in a shared area. Think of the U.S. and U.K. each as a bowl with many different fruits in it, not one fruit that can be segmented. The use of segmentation and segments need a massive rethink or even remov­al for many brands and categories as a way of portraying and targeting people. The utopian ideas of people all being part of a singular whole with mainly shared beliefs and feelings has been given a huge dose of reality for effective and efficient marketing. The group is something that cannot be ignored if one is looking to make strong, lasting connections.

The Group Is Not A New Idea, Rather One For­gotten

Remember the days of the slightly-on-the-outside person who drove a VW Beetle or Bus, or the more inner-directed character who chose a Volvo wagon? It was literally a person making choice that was born of group identity (or as some histori­ans and sociologists would say “identity groups”). A choice of what you were for, and against. You wore your colors and it was not just a purchase that emanated from some tepid funnel or journey. It was identification in full color. Their choices were more than vehicle specification. And let’s face it no matter what some ingratiating researcher may have told you they were not being cross shopped, even if in the same category. It was groups of peo­ple, just segments of a category.

And The Group Is Alive And Well Today

The group motive is already at play in many choic­es, and in some cases marketers get this. Just look at Wrangler’s middle American, working man feel vs. Levi’s urban, diverse hipster feel. In the NFL Raider Nation is not a segment of pro football fans, it is a group who revel in being brought to­gether as outsiders. Before Coke and Pepsi con­flict became watered down there was a sense of being in the Pepsi or Coke group with all sorts of implications; and if not in either you stood against them with 7-Up or outside them with Dr. Pepper.

Why And How This Matters?

We try too hard maximize market share to appeal to almost all possible buyers with only segmenta­tion shades of grey. That’s why so much marketing is share of voice not share of ears, let alone share of heart. One can only connect with the heart if you are willing go deep into the group, sometimes to the exclusion of all others. More sales can come from a depth vs. breadth approach. And you will certainly have far less marketing and consumer waste (i.e. a churning customer base as you did nothing but sell to them instead of connecting with them).

How To Make The Connection To The Group?

Maybe your brand can connect with an existing group where the fit is there. Or your brand can give a nascent or dormant group a way to channel its feelings and beliefs. Or create a grouping where your brand can drive and create identity. The loy­alty, advocacy, higher rate of and size of purchase, etc. will all flow. It is the essence of the very stron­gest brand-to-consumer relationship making. But it means seeing things through a group zoom lens not a fish-eye segment lens. One could even call it GRM (Group Relationship Marketing), replacing the less imaginative and often bland CRM.

The question “how do we make an emotional con­nection?” can be answered with a group strategy. No advertising on its own can create emotions of depth. It can only connect to or activate these emotions. You must connect to an emotion that is powerful in its ability to move your audience to decide, act. To make a decision of meaning that taps into their beliefs and feelings, not just market­ing that appears to get an emotional reaction – all emotions are not created equal. Think about the concept of connection – that means your brand and group are connected… do they buy you, own you and wear you with pride?

Oranges, grapes, bananas and apples in a shared bowl, not artificially thought of as segments of one incredibly large orange. It could make for better brand relationships and maybe even better people relationships as it will be based in reality. At any given time there are groups that are relevant to the market you are in. It pays to know them, even if like society itself they are dynamic.